You are using an outdated browser.

Do you want to use all the functionality of our website? In that case you should update your browser or install a different browser. Then you can be sure that the pages you visit will function as intended.

Ok, I got it More info
www.telenet.be
EN
Our company
Biographies

Chairman of the board of directors and independent director (representing IDw Consult BV) (°1955), since 2014.

Bert De Graeve started his career in 1980 with Arthur Andersen & Co and joined Alcatel Bell in 1982. In 1991, he became General Manager Shanghai Bell Telephone Equipment Mfg. Cy in Shanghai. In 1994, he was appointed Vice President, Director Operations, Alcatel Trade International and later Director International Affairs, Alcatel Alstom in Paris. In 1996, he became Managing Director of the Flemish Public Radio & TV Broadcaster (VRT) and joined Bekaert in 2002 as CFO, to become CEO from 2006 on and chairman from 2014 till 2019. Bert De Graeve holds a Master in Law from the University of Ghent (1980), studied Financial Management at IPO (Antwerp) and became Master in Tax Management at VLEKHO (Brussels). Bert De Graeve is also Chairman of the Board of Directors of Sibelco NV, Independent Director of UCB, independent director of Euroclear Holding and Member of the Board of the Concours Reine Elisabeth.

John Porter is the Chief Executive Officer of Telenet. The Company aims to be the leading provider of converged, connected entertainment and business solutions in Belgium. As CEO, Mr. Porter is responsible for the day-to-day operations. Prior to joining Telenet in 2013, he served as CEO of AUSTAR United Communications, at the time a Liberty Global subsidiary and an Australian public company that was a leading provider of subscription television and related products in regional Australia. He held this position until AUSTAR was acquired by Foxtel, a joint venture between News Corporation and Telstra, in May 2012. Mr. Porter led the growth of AUSTAR since inception, becoming its CEO at the time of its 1999 initial public offering. Previously, he served as the Chief Operating Officer for the Asia/Pacific region for a predecessor company of Liberty Global. From 1989 to 1994, Mr. Porter was President, Ohio Division, of Time Warner Communications. He started his career at Group W Broadcasting and Cable, as Director Government Relations before becoming General Manager of Westinghouse Cable Systems in Texas and Alabama. Until the end of 2019, Mr. Porter served as the Chairman of the board of Enero, a diversified marketing services company. He has a Bachelor of Arts from Kenyon College and also studied Political Economy at the University of Zagreb.

Manuel Kohnstamm is Senior Vice President and Chief Corporate Affairs Officer for Liberty Global. He is responsible for developing and implementing Liberty Global’s regulatory strategy, public policy, government affairs and corporate communications. Mr. Kohnstamm is an executive officer of Liberty Global and sits on Liberty Global’s Executive Leadership Team and the Regulatory Committee.Mr. Kohnstamm joined the Europe operations of Liberty Global’s predecessor in September 1999 and held several positions in corporate affairs, public policy, and communications. He was appointed to his current position in January 2012. From 1992 until he joined Liberty Global, Mr. Kohnstamm worked at Time Warner Inc., most recently as Vice President of Public Affairs in Brussels for its subsidiaries Time Inc., Warner Bros., and Turner Broadcasting. Prior to joining Time Warner, Mr. Kohnstamm worked with the consulting group European Research Associates in Brussels where he conducted macro-economic and policy studies on the telecommunications and defense industries.Mr. Kohnstamm is a member of VodafoneZiggo’s Supervisory Board as well as a member of the Board of Directors of Liberty Global’s subsidiary Telenet Group Holding NV, a Liberty Global subsidiary and a Belgian public limited liability company.Mr. Kohnstamm is Co-chair of GIGAEurope, an industry association bringing together independent private telecoms companies. In addition, Mr. Kohnstamm is a trustee of the non-profit organization Street Child, a charitable organization focused improving the lives of some of the poorest and most vulnerable children in the world.Mr. Kohnstamm graduated in Political Science and holds a Doctorandus Degree in International and European Law from the University of Amsterdam. He also holds a Postgraduate Degree in International relations from the Clingendael Diplomat School in The Hague, and successfully completed the Cable Executive Management Program from Harvard Business School, Boston (MA).

André Sarens has served as a director of the Company from December 2003 until April 2012. Since April 2012, he has been appointed as observer to the board of directors. Mr. Sarens was until October 2017 Grid Participations Manager at Engie, having previously held numerous senior finance and administration positions related to Engie Electrabel’s utility service distribution activities in Belgium. In these capacities, he has represented Electrabel and the mixed intermunicipalities in their business dealings with Telenet from 1999. Mr. Sarens served on the board of directors of several of the mixed intermunicipalities in Belgium, and held several board positions in Engie Electrabel affiliates such as Electrabel Green Projects Flanders and Electrabel Customers Solutions.

Up to 2015, Jo Van Biesbroeck has been Chief Strategy Officer and Chief International Business Development of Anheuser-Busch InBev SA/NV (formerly known as InBev SA and Interbrew) where he also started his career in 1978. Anheuser-Busch InBev is the world’s leading brewer and is amongst the world’s top five companies operating consumer goods. Mr Van Biesbroeck held various positions in controlling and finance and was Senior Vice-President of Corporate Strategy, Chief Business Development Officer, Chief Strategy and Business Development Officer, Chief Sales Officer, and Zone President Western Europe in that order. As of September 1, 2015, Jo Van Biesbroeck is manager and member of the board of RSC Anderlecht. As of April 1, 2020, Mr. Van Biesbroeck will only be member of the board of RSC Anderlecht. Jo Van Biesbroeck obtained a Master’s degree in Economics at the Roman Catholic University of Leuven. He is chairman of the board of directors of Matexi Group. Furthermore, he serves as an independent and non-executive director of Etex nv, Inno.com and the investment company SFI and various non-profit organizations including the ACF cancer fund, Kick cancer fund and Franklinea fund in Swiss. He is also Chairman of Audit and Remuneration Committees. Additionally, Mr. Van Biesbroeck is Chairman of the Strategic Committee of Puratos and Chairman of EIT Food iVZW.

Charles Bracken is Executive Vice President and Chief Financial Officer for Liberty Global with responsibility for Group Finance and Treasury operations, including tax and financial planning, procurement, and property as well as capital allocation and finance operations of Liberty Global's largest operations, and overseeing its accounting, external reporting and Investor Relations functions. He is responsible for overseeing Liberty Global’s business plan and its focus on customer support systems. He is an executive officer of Liberty Global and sits on the Executive Leadership Team and the Investment Committee.

Amy Blair is Senior Vice President and Chief People Officer for Liberty Global. In this capacity, she is responsible for the global people function, including developing and implementing programs and policies which address employment and retention, compensation and benefits, organizational structure, talent and development, employee engagement, and compliance.Since 1991, Ms. Blair has held numerous key operational and human resource management positions with Liberty Global and its predecessor companies. From 1999 to 2006, Amy was based in Amsterdam where she served as Vice President of Operations Management and then as Managing Director of Human Resources for the European operations. Ms Blair is an executive officer of Liberty Global and sits on Liberty Global’s Executive Leadership Team.In 2013, Amy was inducted as Woman of the Year by Women in Cable Television Rocky Mountain Chapter, and became a member of the National Board for Women in Cable Television in January 2015.Amy Blair holds a Bachelor of Arts from The Colorado College and a Masters of Business Administration from the University of Denver. 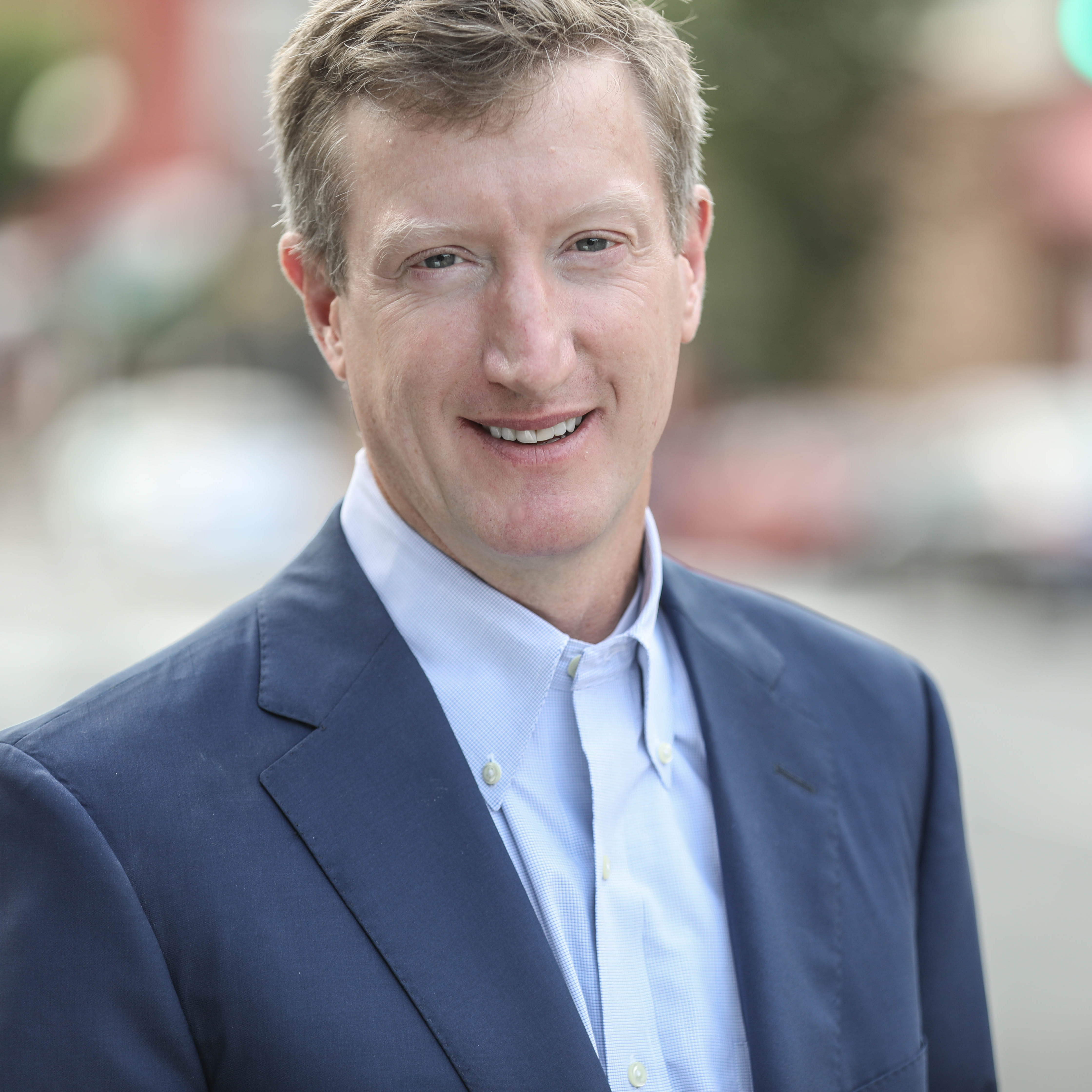 Until February 2017 Christiane Franck has been CEO (2005-2017) of Vivaqua in Brussels where she also started her career. At Vivaqua, she consecutively held the positions of ICT Manager, Commercial Manager of Distribution and Secretary General. Vivaqua, specializing in water production and distribution, serves over two million inhabitants throughout Belgium through close cooperation with the public authorities at local, regional and federal level. Christiane Franck brings a strong level of service company experience to Telenet. Christiane Franck has a Masters in Mathematics from the University of Brussels (ULB) and served as a member of the board of the ULB until 2018. She serves as member of the advisory committee of Ethias Mutual Insurance Company and is a member of the board of Artsen Zonder Vakantie of which she became vice-chairwoman in 2019. Furthermore, Ms. Franck is Chairwoman of Hydralis, one of the largest Belgian pension funds. Since 2018, Christiane Franck is Chairwoman of NV Virteo.

Severina Pascu is Deputy Chief Executive Officer and Chief Operating Officer of Sunrise UPC Business in Switzerland. Severina has accountability for leading the significant business and consumer organizations and the service, operations and digital functions of Liberty Global’s Swiss operations. Prior to that, she served as Chief Financial Officer and Deputy Chief Executive Officer of Virgin Media.. In this capacity she was responsible for the finance function at Virgin Media, as well as customer service, field operations, logistics and supply chain. Before that, she served, since September 2018, as Chief Executive Officer (CEO) for Liberty Global’s business in Switzerland (“UPC Switzerland”). She was Chief Operating Officer (COO) for Central Europe, in addition to her role as Managing Director of Liberty Global Central Eastern Europe, between 2015 and September 2018. Severina joined the company in 2008 as Chief Financial Officer (CFO) for UPC Romania and was then appointed CEO - first for Romania and later for Hungary as well. Prior to that, she held a number of senior management positions in leading international companies. Between 2005 and 2008, she was manager of CAIB Romania, one of the main investment banks in Central Europe. Between 2000 and 2005, Severina was a member of the management of the American cable telecommunications company Metromedia International. A graduate of the Bucharest Academy of Economic Studies, she began her career in 1996 at KPMG Romania and then worked for the company in Great Britain.